A Pathway to Leadership in Service 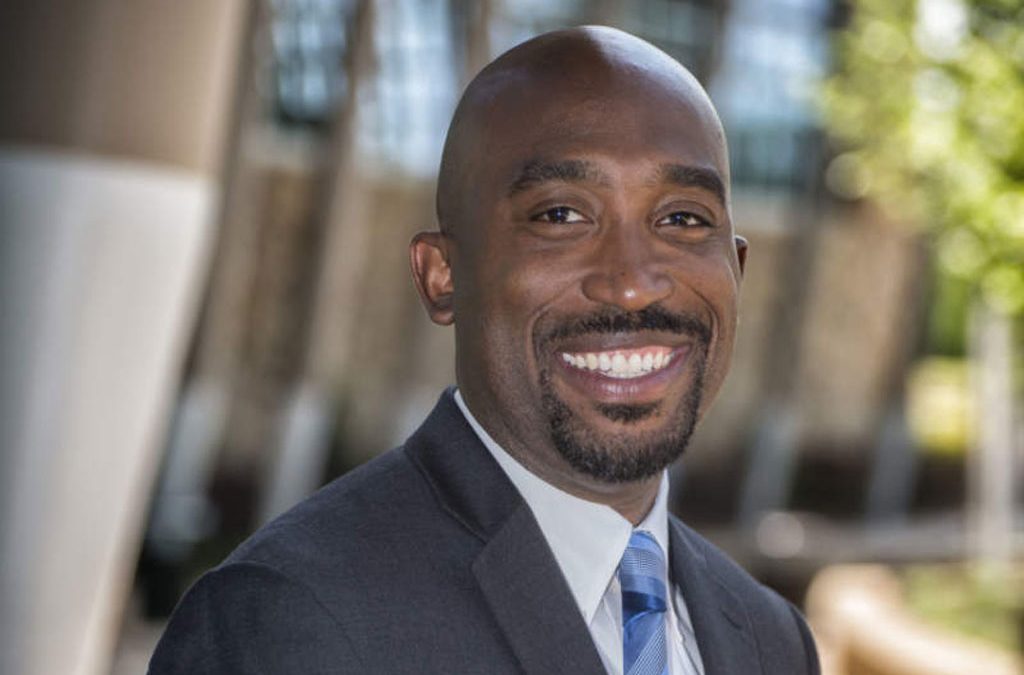 When Danny Shoy, a first-generation American from New York City, moved to Atlanta in 1991 to attend Emory University, his sights were set on pursuing a career in the medical field. During his senior year, however, Shoy realized that medicine wasn’t his passion after all, and he struggled to figure out a new path.

“What was I going to do to stand on my own?” Shoy said. “I knew I had to do something that had me gainfully employed and at that time, I wasn’t thinking about doing something purposeful. I was just thinking that my mom was going to be upset after paying out of pocket for me to attend four years at Emory.”

Shoy found himself taking several job opportunities with nonprofit organizations, including spending an instrumental summer working at the organization that would become Breakthrough Atlanta. He realized
a passion for service, and has since become a prominent community service leader and advocate for youth development programs.

It was the summer of 1997 when Shoy was introduced to Breakthrough Atlanta. The organization was called Summerbridge Atlanta at that time, and it was only in its second year of operation. Shoy was an AmeriCorps leader working with Hands On Atlanta, which connects volunteers to nonprofit organizations in need, and Summerbridge Atlanta was one of the nonprofits that Hands-On Atlanta served that year. When the AmeriCorps leaders were given the choice of organizations to support that summer, Shoy jumped at the chance to work at Summerbridge. He became Dean of Students and worked closely with the young scholars who attended that summer’s six-week learning program.

“Summerbridge was one of many early turning points for me that led me on a path of nonprofit service, and it further affirmed my passion around youth development,” Shoy said. Shoy saw the significance of having young leaders to whom young students could relate.

“Several of the students that year would have likely been first in their families to go to college,” Shoy said. “They were being exposed not to just an enriching, safe, summer program, but also to young leaders who were exemplars of leadership for them, who went to college, and who they could model themselves after as a standard.”

Shoy also gained a better appreciation for the diversity of students and their backgrounds.

“My Summerbridge Atlanta experience prepared me in a way that gave me a greater appreciation for the diversity of perspectives and diversity of experiences of our young people in the city,” he said.

“I had this image in my mind that to be a nonprofit professional, you had to be an older white man,” Shoy said. “But at Summerbridge, there were young, diverse people in executive roles, and the diversity of teaching fellows said to me that this is something I could do.”

Nearly 25 years later, Shoy continues to build on his strong foundation of service and successful nonprofit leadership. In his current role as President and CEO of the East Lake Foundation, Shoy leads the organization on its mission to provide tools for families of The Villages of East Lake and students of Drew Charter School to build a better life for themselves and future generations through education, mixed-income housing, and community wellness.

When asked where he sees himself 25 years from now, Shoy hopes to be continuing on the path he serendipitously chose more than two decades ago. It’s a path that has become an important part of Breakthrough Atlanta’s history, and one that has made a big impact in the Atlanta community.

“Wherever I am, and whatever it is I’m doing, I hope it’s purposeful, and it still allows me to continue to create, extend and improve on a legacy of service and giving back,” Shoy said.