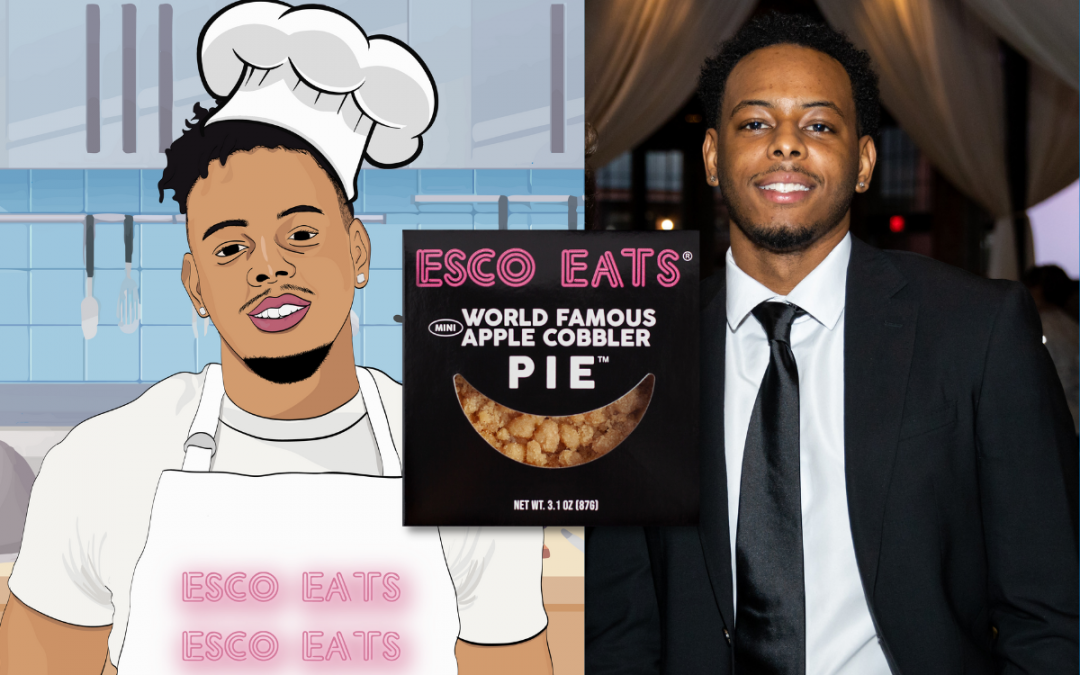 Former Breakthrough Atlanta scholar Esco Hill has always had an entrepreneurial spirit. While in college at Jackson State University majoring in Business Marketing and playing football, he tried several different business ventures, including trying to start a small marketing agency. He quickly realized the many challenges of business ownership.

“My age was a barrier to people taking me seriously,” he said. “Not only that, but people do business with people they know and trust. It’s really hard to cold call to sell anything no matter how good it is.”

Esco also knew that trial and error was an important part of becoming an entrepreneur, and he wasn’t going to give up. During his senior year he began working on a startup project to make his entire campus biometric—heightening security and eliminating the need for people to physically touch a surface when using an access control system like unlocking a door. He even had strong support from senior executives at his school.

“Things were going well. I was testing systems at the dorms and it was compatible.”

Then, after scrolling on Twitter one day, Esco learned that the top executive who supported his efforts was just let go from the school.

“That killed that project seemingly overnight.”

But Esco didn’t dwell on the failed project. Instead, he looked for his next opportunity.

“Failure isn’t really failure. It’s not negative; it’s a lesson. Once you have that perspective, you can grow,” he said. “I was going to keep trying until I found something.”

“I was never interested in watching a food show because it was never targeted to me,” he said. “I saw an opportunity there. I wanted to focus on what I thought would be entertainment around the food.”

Esco launched Esco Eats, which began as a food entertainment video series of humor-infused, behind-the-scenes restaurant visits, food reviews and recipe creations. He even caught the attention of a producer in Los Angeles who requested a pilot season. Like so many business ventures, however, things didn’t go the way Esco planned.

“We were recording the show and then the pandemic happened,” he said. “We couldn’t go out to restaurants anymore.”

Esco knew that he’d have to adapt his business model for Esco Eats to survive the pandemic. He thought back to one of his recent videos where he botched an apple pie recipe but ended up creating something delicious: the perfect balance of pie and cobbler.

“No one was marketing their food series with a food-branded product so I thought, let’s market this food show with the World Famous Apple Cobble Pie.”

Esco began selling his dessert at farmers markets, corporate events and through various other opportunities. Within a short period, customers validated the product and he realized there was a demand.

“The World Famous Apple Cobble Pie took on a life of its own,” he said.

A year and a half after his accidental creation, Esco Eats’ World Famous Apple Cobbler Pie has become a wildly popular Atlanta destination dessert that has even gained international attention.

“When people come to Atlanta, this is the must-have dessert they want try.”

As for the future, Esco says he sees the company expanding into sporting venues and the airport.

When reflecting on his experience at Breakthrough Atlanta, Esco said there are some key benefits of the program that have helped influence his career path.

“Breakthrough built up my confidence to explore my ideas,” he said. “It was also great for exposure. I got to be exposed to a lot of great people, great resources, and see that opportunities were attainable.”

When asked what advice he has for current Breakthrough scholars, Esco said it comes back to the important lesson of failure.

“You really have to be comfortable with failing. There’s a lot of attainable value from failure,” Esco said. “And don’t be afraid to try something new. I went from football to baking pies.”

Not just any pie. The World Famous Apple Cobbler Pie.