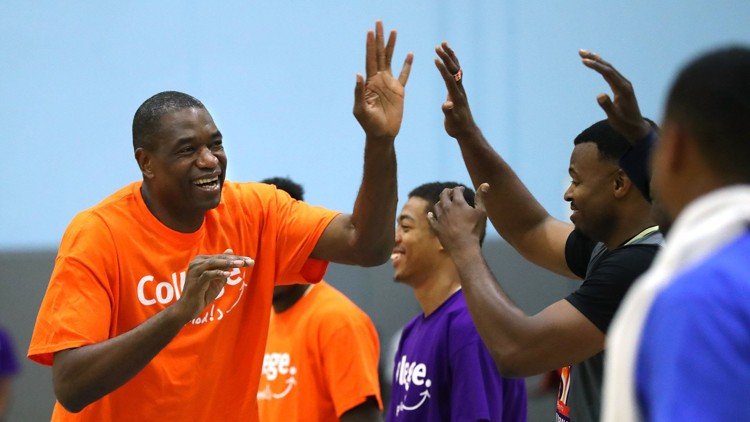 How NBA star Dikembe Mutombo came to save untold lives in Africa and transform a country.

By Mickey Goodman / For the AJC


At the clang of the bell marking the end of the school day, third-grader Dikembe Mutombo grabbed his schoolbooks and loped across the wide street in Kinshasa, capital of Democratic Republic of the Congo (DRC), to the American Embassy, his movements as graceful as a gazelle. His friends, always three strides behind, were in hot pursuit, all eager to see the latest American movie shown free daily. But only Dikembe stopped at the bulletin board to read articles about the U.S. where he soaked up every word about the astronauts, President Jimmy Carter and sports, particularly basketball.

“I was fascinated when I saw movie clips of the Harlem Globetrotters or NBA players like Kareem Abdul-Jabbar,” says former NBA All-Star Dikembe. “They were tall like me, so I thought everyone in America was tall.”

Because of his obsession, his friends dubbed him “Young American.” He took the teasing in stride and went one step further. “In elementary school I called myself “DikeStar,” a name worthy of a Harlem Globetrotter,” he says. “It didn’t matter that I didn’t know how to play basketball, I wanted to be one of them. I had no way of knowing that one day that dream would become reality.”

By Mickey Goodman
For the Atlanta Journal-Constitution
June 25, 2017