As the city of Atlanta was preparing to welcome athletes from around the world to the 1996 Summer Olympics, the organization that would become Breakthrough Atlanta was preparing for its own milestone: to welcome 40 motivated middle school students from underrepresented communities to begin a transformative learning experience. Twenty-five years later and Breakthrough Atlanta has touched the lives of thousands of students and their families — and hundreds of future teachers — through life changing educational experiences. 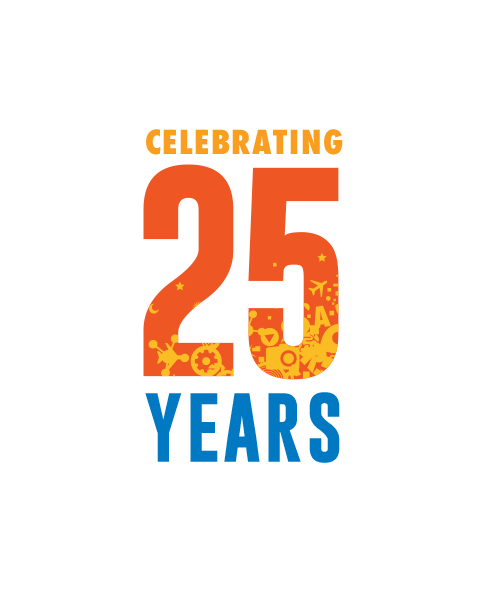 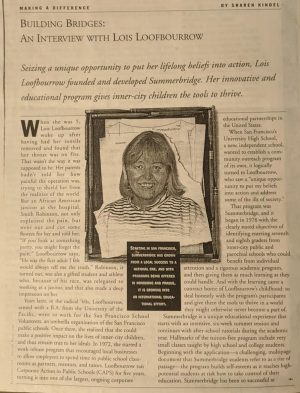 Our 25-year history has origins dating back to 1978 when the Breakthrough program was originally founded under the name Summerbridge, which was designed as a six-week, summer program to combat summer learning loss for middle schoolers at the University High School in San Francisco. It was a multi-year, tuition free program with the only cost being a student’s full commitment. Soon after, the students-teaching-students and teachers-coaching-teachers model was born when college-aged teachers were hired to teach students, and professional teachers served as mentors. 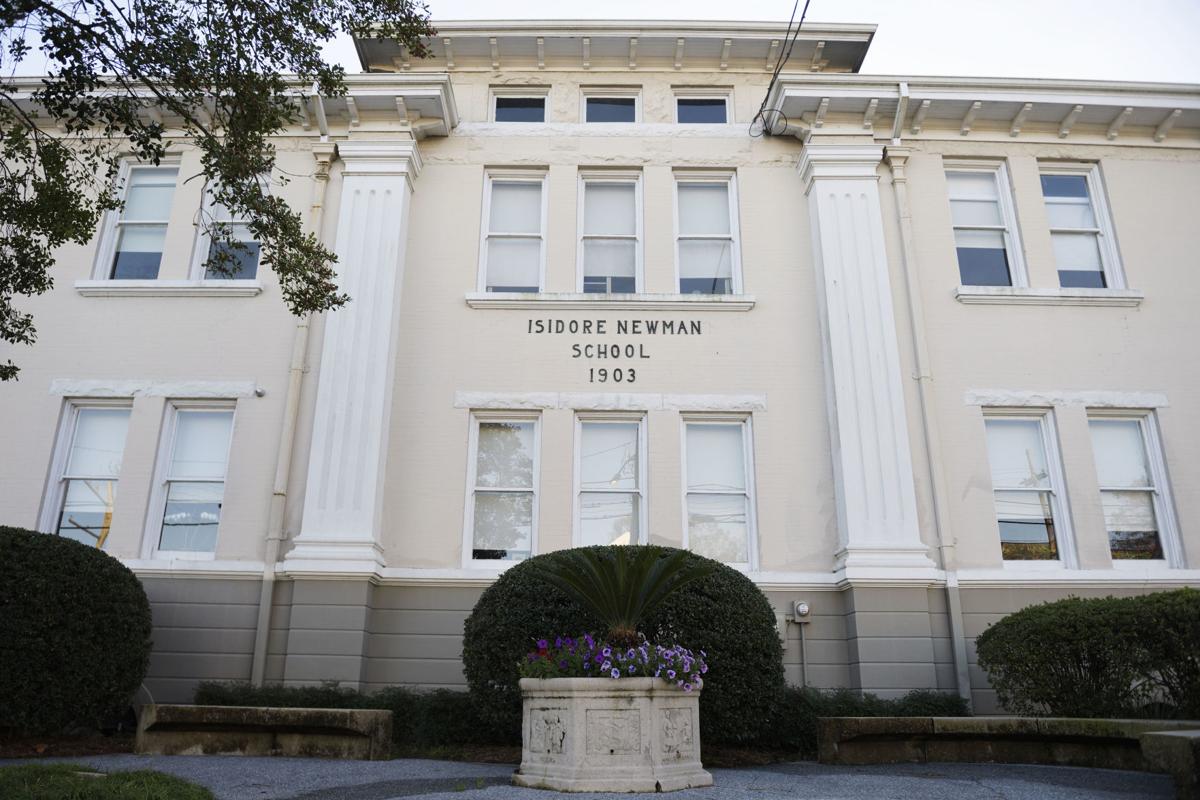 Summerbridge’s program directors helped New Orleans open its own Summerbridge chapter and the affiliate model was born. More programs would eventually open across the country. 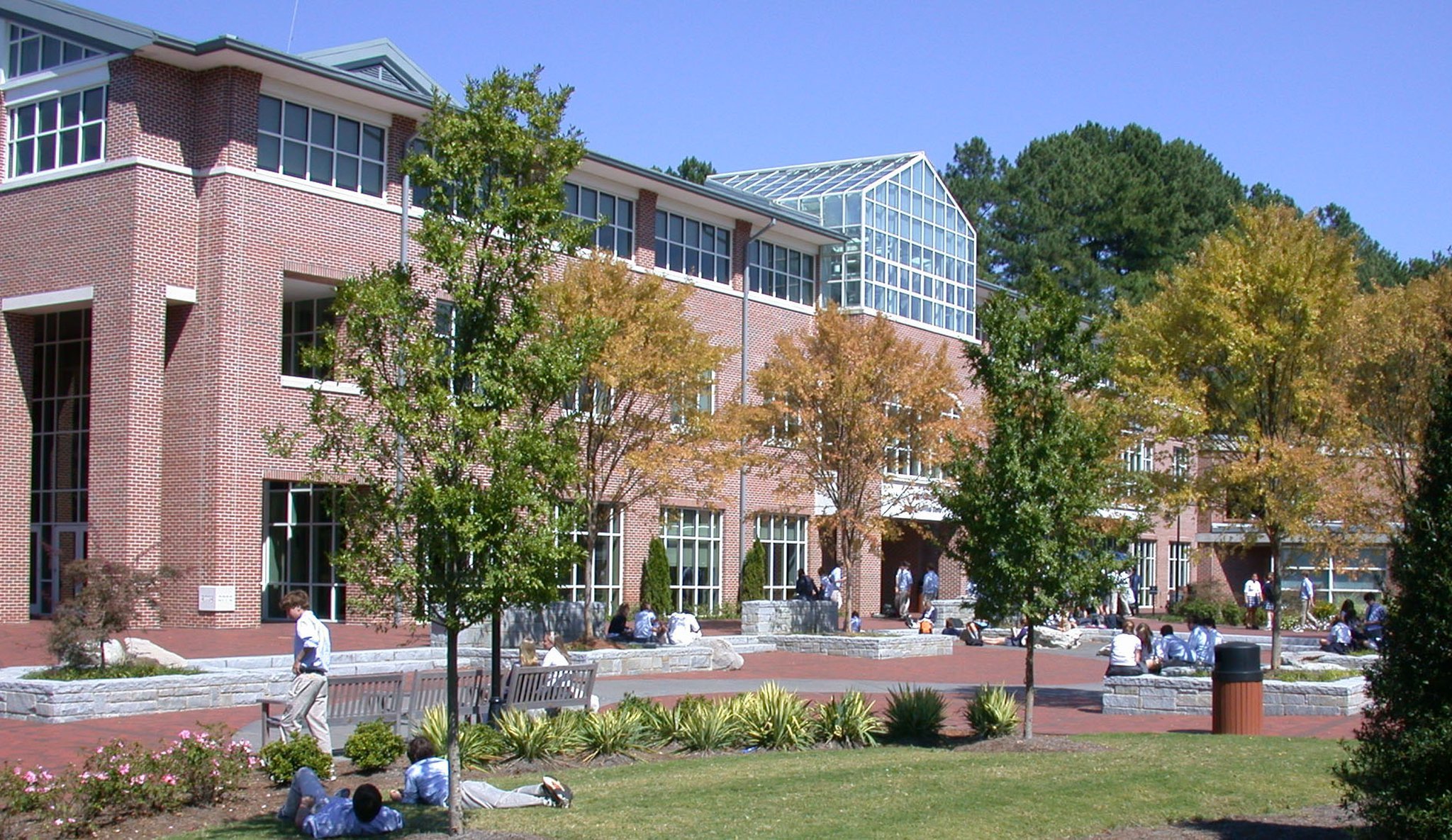 At a National Association of Independent Schools conference in San Francisco, Jim Hendrix attended a breakout session on Summerbridge. After the conference, he returned to the school where he worked in North Carolina with the intent of starting a Summerbridge chapter there. But The Lovett School had other plans for Jim. He was hired as Lovett’s headmaster, and he, along with then assistant head of school, Dick Hall, immediately started championing the idea to open a Summerbridge program in Atlanta.  Jim and Dick gained support from Lovett’s board of directors, the Atlanta Board of Education, city leaders, and others.

Summerbridge Atlanta was poised to begin as a program hosted by The Lovett School. Atlanta became one of the first five Summerbridge affiliates in the nation and Keno Sadler, a Summerbridge Miami veteran and Morehouse College graduate, was hired by The Lovett School as Summerbridge Atlanta’s first Executive Director. 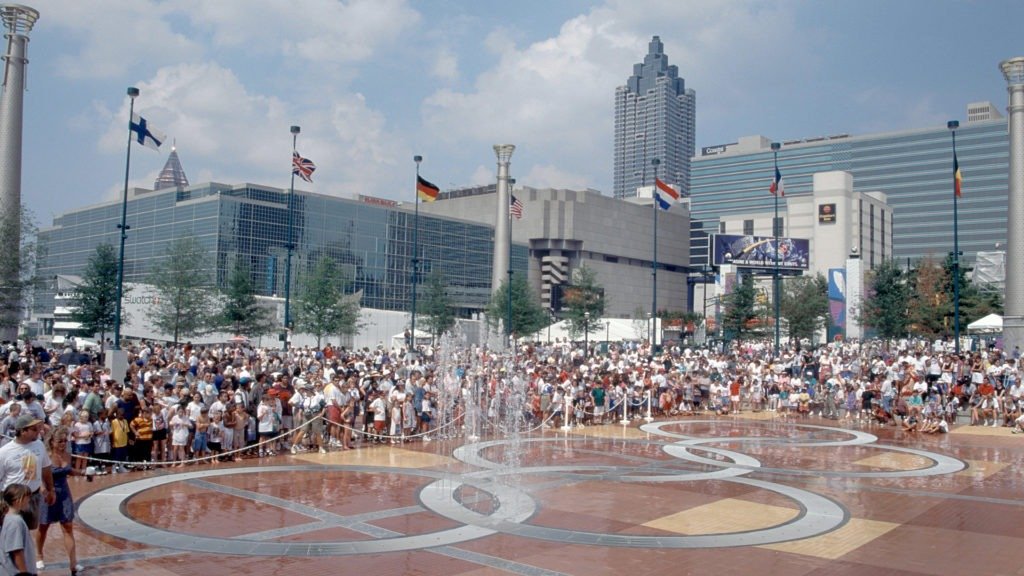 While the city was focused on hosting the summer Olympics, Summerbridge Atlanta was focused on a significant milestone of its own: the program officially started when 40 students gathered for summer classes. 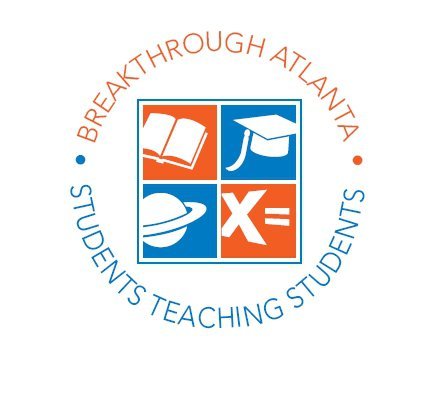 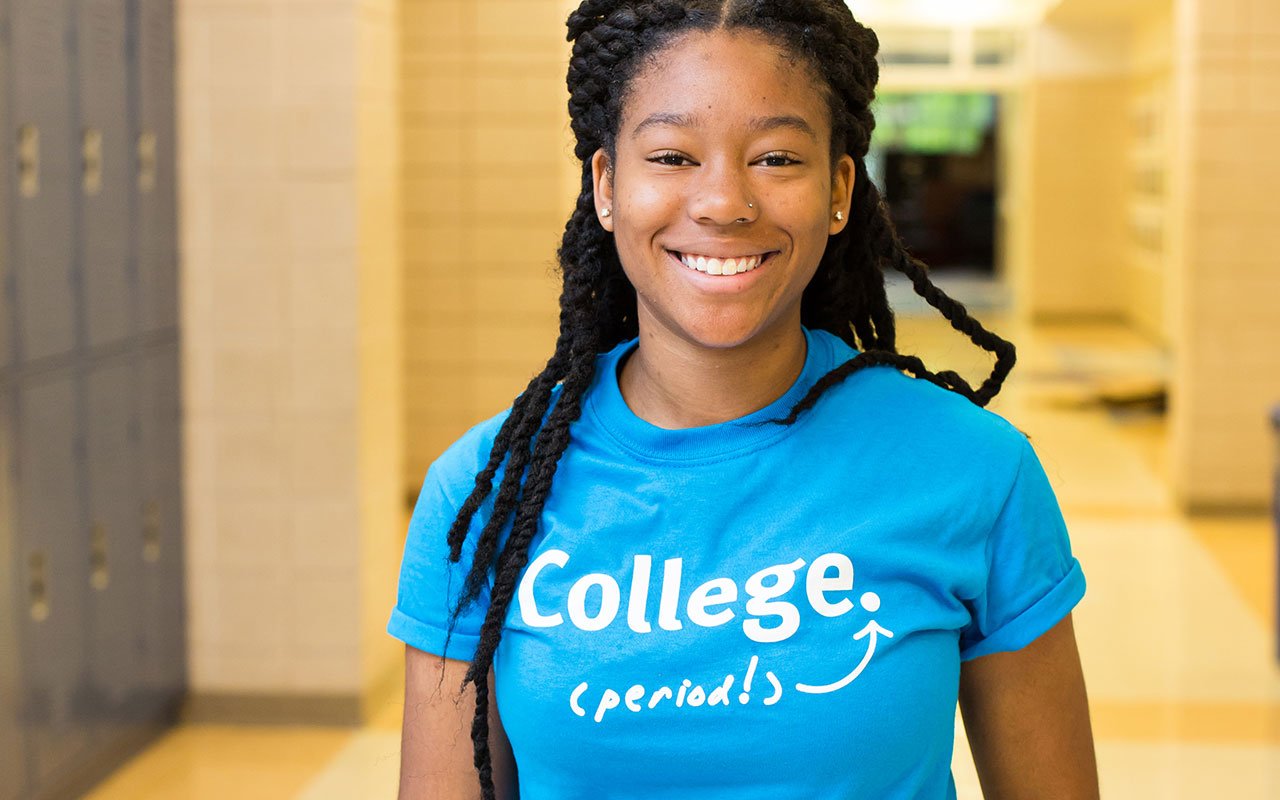 Breakthrough Atlanta’s inaugural class graduated high school, and 34 of the students went on to pursue higher education in a university or college setting. 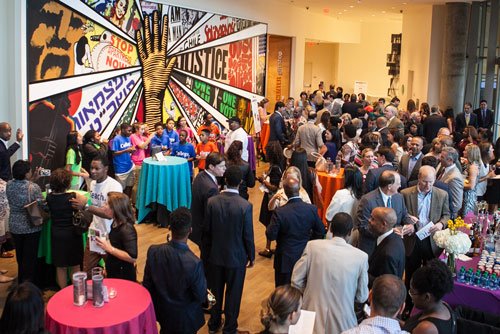 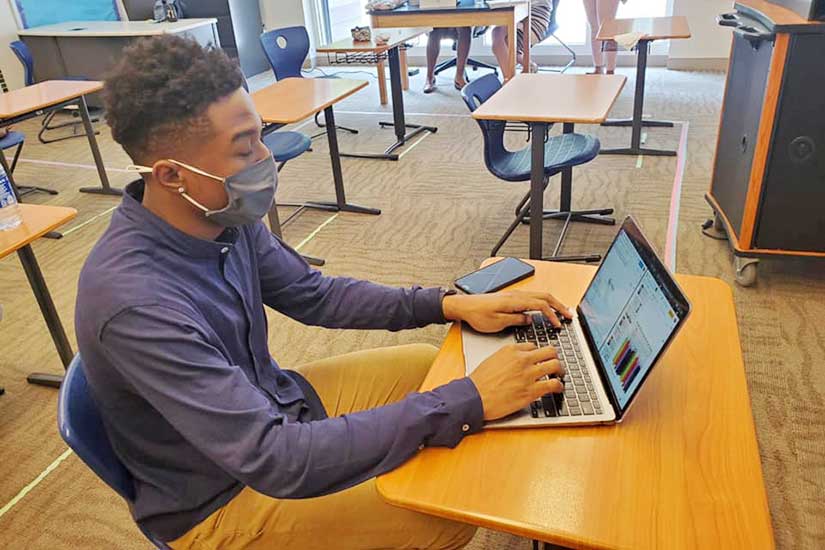 When COVID-19 drastically changed our world, Breakthrough Atlanta was quick to respond and adapted its annual summer program into a high-impact, student-centered virtual learning program. Throughout the school year, students participated in virtual enrichment courses that promoted transferable skills such as public speaking, technology, digital literacy, and leadership skills.

2020: Preparing for Future Growth and Sustainability 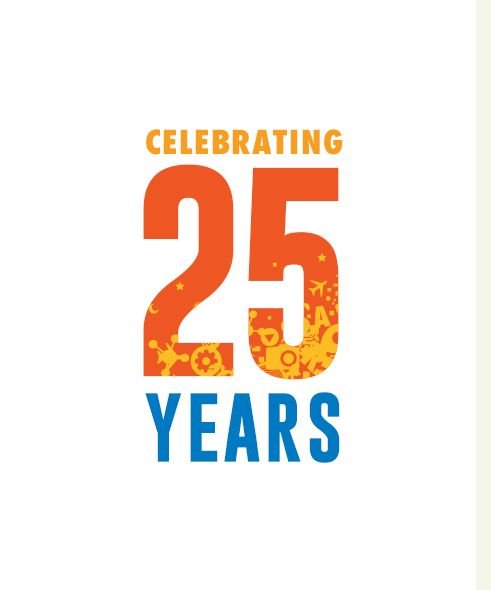 Breakthrough Atlanta is among 24 Breakthrough affiliates across the country, and celebrates its 25th anniversary.

“One of my fondest memories from that very first day was seeing the bus full of kids driving over the hill and hearing the students, and then seeing them walk across the bridge at Lovett while our staff greeted them.” 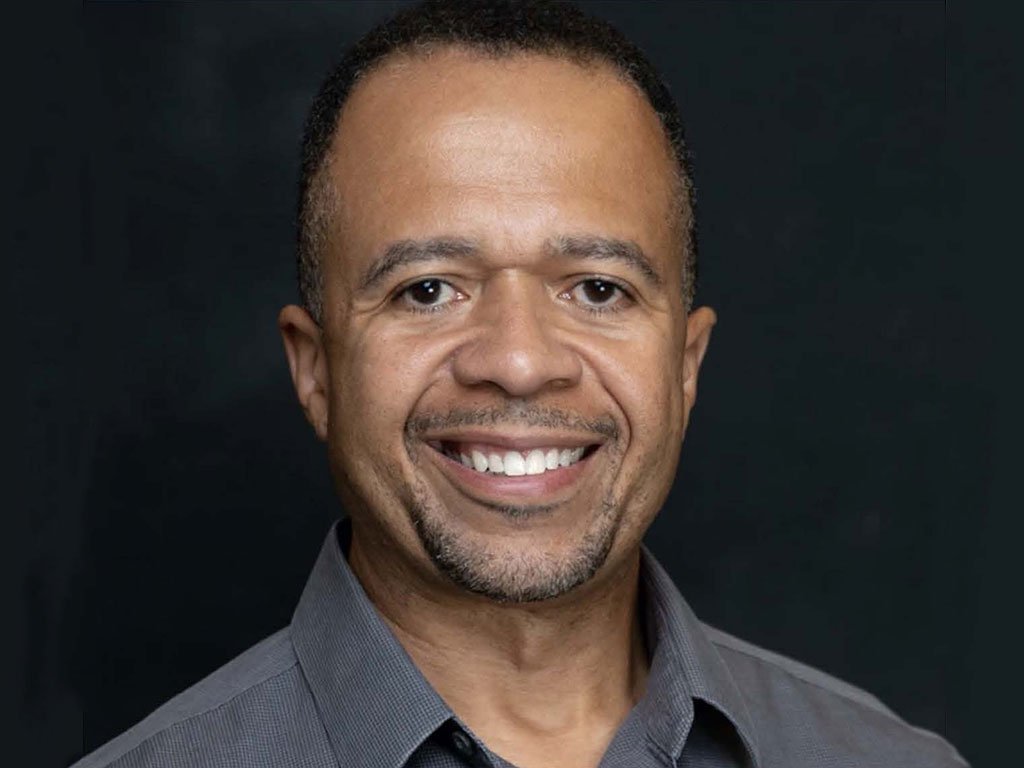 Our 25-year history of success lays a strong foundation for the future of our thriving organization. As we celebrate this milestone anniversary, we also celebrate YOU! We are grateful for each member of our Breakthrough Atlanta family who continues to help us advance our mission every day, and we invite you to follow us throughout the year as we highlight inspiring examples of determination and accomplishment.

There will be lots of opportunities to help us celebrate in the coming months. We’re pleased to kick off the celebrations with our annual fundraising event, Fund-A-Scholar.

Please join us and let’s celebrate! Together, we are Breakthrough Atlanta!

STAY UP TO DATE

You have Successfully Subscribed!